Get fresh music recommendations delivered to your inbox every Friday.
We've updated our Terms of Use. You can review the changes here.

There is no division outside existence 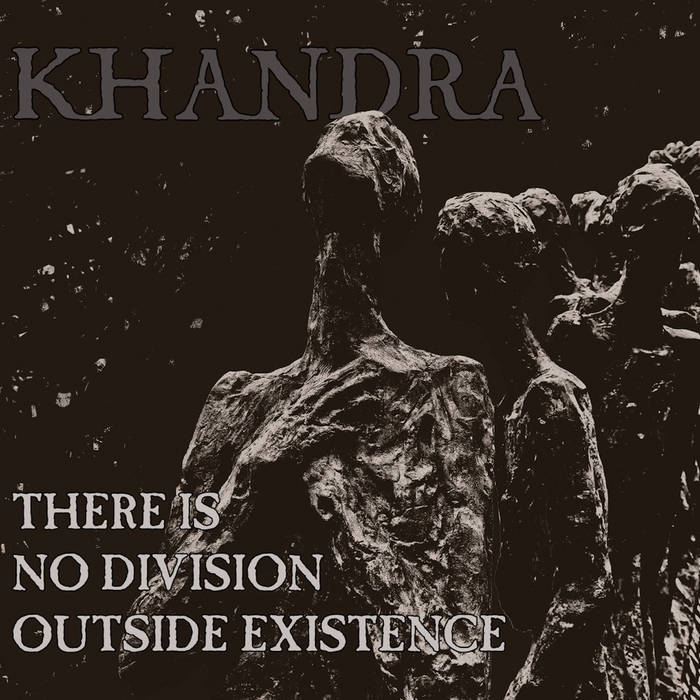 alexm-p Such a beautiful EP. Definitely a must have. Do not sleep on this!

Conner Campbell There is just SOMETHING about this album as a whole that takes me to another place in my head. Favorite track: Decaying into the ascended.

Khandra was formed in July 2017, their first offering conjured quickly in October of the same year by means of their critically acclaimed debut EP "All is of No Avail". Progressing in their own unique interpretation of desolation, the cryptic entities of DMTR and LDZMR holed themselves up in the winter of 2018 to invoke and expel their second revelation... "There is No Division Outside Existence".

Within the ethos of Khandra, there is no place for personality...there is no "I, you, me, my" and so forth. Khandra is a pure musical manifestation that can only be illuminated through experience. All one needs to do is listen...

"From this writer’s perspective, there is tension and turmoil in the music, as well as electrifying ferocity and a kind of sweeping grandeur. It consists of frequently changing drum rhythms that hammer, jolt, blast, and pound, matched with riveting chords and notes that alternately rage, swirl, chime, and boil."

- from No Clean Singing review:

Bandcamp Daily  your guide to the world of Bandcamp